Generally considered as some kind of potentially unwanted programs (PUP) by the Internet Security Company (McAFee,) adware and spyware could pause as a menace to original computer owners, web developers, and IT of certain corporations. Advertisements (adware) already included and mainstay of the program could present a threat or traffic nuisance for reason of its vulnerability to information disseminations, causing notorious cases of “identity theft,” that’d been threatening risk on the loss of personal properties, finances, bank’s credibility, financiers, and other financial institutions over the globe.

In the United States alone there is a rampant of identity theft to personal properties thru the process of transfer of ownership to a wrong person because of stolen Credit Card numbers, passwords, and other personal identifications robbed through the internet in forms of spywares that camouflaged use-legalities that are merely ignored by users and computer owners.

Adware and Spyware software present a totally different usage in program inclusions, and for the user. While adware is a legal part of the computer’s administrative settings, spyware is ironically a deceptive method, that’ll not directly pause as illegal for it may be included in some software that fronts acceptance. By the time it reaches the user’s end it reacts like semblance of some kinds of virus or worms; at times just ignored not to be serious and obvious, but with motives, to invade the accessibility and manipulations of some confidential information from the computer, to be transmitted to other end users who may just wait for any advantage taken from this kind of traffic interference.

How does Adware work?

When the adware database link discovers the effects of detailed interference on some confidential records, those that need financial consideration of return-payments in nature, and wherein, exclusive website agenda had already been diverted to the other end without having to pay from the mother source, it’d be too late to reconstruct to normal settings. It is expensive to replenish and change to untarnished software. At times immune anti-virus is also out there, but anywhere it goes about entails some extra expense on part of the developer.

Spyware is software that support adware usage by PC espionage on different activities in a computer such as e-mail or chat logging, but could easily cause to detour web traffic that’s detrimental to e-commerce if abused or used without consent; therefore, by no means the deceiving technology in adverse adware usability.

How the Adware companies try to screw us

A number of adware companies seem to feel bias about PC surveillance (spyware) for reason that, although, they had already disclosed specific data collections and transmissions on account of privacy security from their database link, it can’t totally control the chances of any outgoing data, where, and to whom it might be sent. Spyware technology has the capability to send not just the banner data from the mother PC, but could channel it to other interested parties that could even install-in to a new program.

The spyware technology is by far infused into the database without the owner’s awareness or consent, however, they come in as “drive-by downloads” or the user goes to click in options in “pop-up” windows, and immediately detoured to some other programs, either pornographic, or anything else without essence.

The adverse effect of adware is the fact that when it is installed in the computer and the user consents to include tracking features, it automatically becomes a “spyware” when used by another user who interacts with the “adware” outside any database link.

How to Delete Simple Spyware 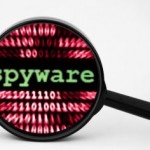 How to Delete Simple Spyware 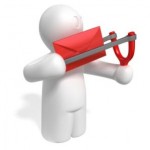