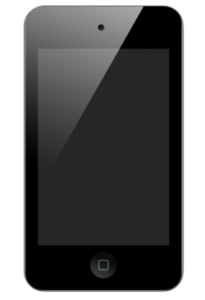 Yesterday was a mighty exciting day that will lead to a week of iTouch articles from me. I finally got my iTouch 4 and now my daughter has my old iTouch.

Here is my history with the mighty iTouch.

I have never actually owned an apple product and in years past I used a daytimer, then a Palm Tungsten. The Palm Tungsten was a big deal for me because instead of syncing with Microsoft Outlook I got to sync with the Palm Desktop software which was very cool and the sync was fast and easy.

Eventually I busted the Palm Tungsten and then just kind of floated along with no schedule and a cheap Sansa MP3/Video player. Earlier this year it all changed when I got my iTouch as a new MP3 and video player.

Power User of just a User?

I have been now using my iTouch every day for almost a year and it has been fantastic. I still fight a bit with the iTunes software, and don’t like the way that I can not delete music of podcasts easily form my iTouch but as an IT guy I am getting better and better.

By the way I have not Jailbroken my iTouch. The idea that Apple has is that this is really a plug and play device so I try to keep it that way. I have no real need for SSH from my iTouch anyway, I have a netbook for any crazy stuff I would want to do.

I have been using the a task program to sync with Outlook and I am always looking for more desktop type syncing programs and will post some as the week goes on.

So my iTouch 3 was fine and there seems to be not much compelling reason to go to the newer iTouch 4 but I had a few reasons that I wanted to and it seems to be good for me.

Higher resolution – The new iTouch has a 960 x 640-pixel resolution versus the old 480 x 320 resolution so twice as many pixels both ways. This gives me much better resolution and is nicer to look at

Camera – I always wanted a camera and although this will not replace my Digital cameras at home it is fantastic for Facebook and Twitter which is what it really is designed for.

Video – It drives me crazy that I can’t take any kind of video unless I bring my flip camera everywhere I go. The iTouch 4 does HD video and it looks good and is as portable as I am.

Microphone – There is a microphone in the iTouch 4 which gives me the option to record. I am a little bit away from podcasting but at least I have the capability now

Faster Performance – My old iTouch was supposed to be 3rd generation but it was an 8 gig so it was really 2nd generation with some hacks. This iTouch is really fast and responsive

I will try to post some stuff this week of some of the cool new features as well as stuff that the older iTouch does and make sure that it works better for you.