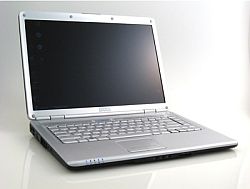 When my wife got a new laptop she had decided that she was going to move completely from our kitchen desktop to doing everything on this new laptop. This is a bit different then a normal migration when a computer goes bad as I had complete access to the old and new machines at the same time.

I of course was the one tasked with this job and I wanted to make sure that everything went smoothly in one step with just a bit of cleanup at the end. It did. Here is the process that I used to migrate all the files and settings.

So first of all I had to figure out exactly what I was moving from one machine to the other. My wife for instance has her own folder, her accounts and mail in Outlook, favorites in Internet Explorer and her website files for Dreamweaver.

Before moving any data I know that it would be most important to have all of the softwre installed. This makes things easier as the destination folders for software settings will be created by the software itself and not overwritten by an install after the data move. I of course was working with a new Dell so before even installing software I ran the Dell Decrapifier to get rid of the trials of software and McAfee antivirus and I can not even remember half of the ofther stuff. The Dell Decrapifier worked great and one reboot later I had a fairly vclean Vista Home install to work with.

So Now I could install software. I started with the AVG Antivirus, then MS Office, Photoshop and Dreamweaver. Everything that is the basic for a computer in our house but at the same time nothing that is not needed by my wife. I have set this machine up for her and not as a secondary machine for me. I think that htis will serve her better as she will not have the bloat of other software on the lpatop that she would never use.

Now that I had all of the installation done I had to kick my wife off of our old system in the kitchen. Actually I waited until she had gone to bed so that I would not have to worry about any changes to the kitchen computer. Freezing the systme really means that there will be no new email going in, no new files created or bookmarks saved. The idea is that in the morning when my wife booted up her laptop she would have ll of the same settings and files as she had on the old system that she used the night before.

Get Files and Folders

Beforehand I had found out exactly what files and folders my wife had been using on our PC and I just copied these files over now onto a USB thumbdrive. I was able to ge it all into 2 gigs. Some would say it would be easier to just transfer across the home network but the sneakernet worked much faster. Even on a quick home network I find it takes forever to transfer so many files.

The folders were easy enough to get and the Internet Explorer I was really nervous about. My wife uses IE9 on that computer, I use Firefox, so I had to figure out how to export her feeds and favorites from one machine to another. This is one of those issues that can create a lot of work if not done correctly. It took me a year to get my wife away from reading blogs to instead use RSS feeds and she had 125 feeds to move. Fortunately built right into IE 9 in the file menu is an import/export that allowed me to move her feeds and favorites into a couple of files that I could just put on the thumb drive and move to the new Dell notebook.

One last thing I had to move the “C:\Documents and Settings\[your user name]\Local Settings\Application Data\Microsoft\Outlook” from the one to the other computer. I also did a search for the .nk2 file, this is the autocomplete for email addresses and everyone bitches when they lose this. I took it from it’s present location to the same location on the new computer.

System settings are very irritating to move as I found out. We are running windows XP on the old computer and Vista home on the new laptop so I tried to use the files and settings transfer wizard. To do this you need an empty USB drive, network share, or transfer cable. I do not own a transfer cable so I just formatted the thumb drive and started the wizard. You need to start this process from the Windows Vista machine and it places the software on the Thumb drive that you then plug into the Windows XP machine and run. I ran it and dug deep into the settings for the transfer.

This is unbelievably a stable key and it works for getting your email accounts. Go into regedit and navigate to the following key HKEY_USERS\S-1-5-21-1343024091-507921405-725345543-1003\Software\Microsoft\Windows NT\CurrentVersion\Windows Messaging Subsystem\Profiles\Outlook and right click on that Outlook key and select “Export” and save this reg file as something that you will remember. Then save it to USB and on the new machine run it. Now you have all of the settings for Outlook but you still need to input the passwords to the accounts, remember to check the box that says save password or you will have to enter the password everytime you check mail.

Now the new system was setup. I ran all of the programs, linked up the websites in dreamweaver and everything was a go. I restarted and left the machine for the next day.

This was the best part. As with nay big migration I missed a couple of things that my wife wanted, files that I knew nothing about but everything was good. The one big change that we did make after the fact was to change my wifes My Documents folder to have all the files that she previously used as her own folder in XP and we made the pictures folder line up with all of our photos. I have even skipped the install of the bulky Kodak Easy Shre software that our Digital Camera uses as the Vista import pictures wizard automatically brings all the pictures from our digital camera into a folder with the current date. Nice and slick.

Did I miss anything? I don’t think so for my wife, but if you can think of anything else I may have missed leave a comment and let me know