I have been having trouble with Twitter all weekend. There was a server upgrade that they were doing at Twitter on friday night and since then I have only been getting updates from about three of the people that i am following.

I have never been more productive

Anyway, checking the support – help at Twitter it seems that lots of people are having exactly this problem and they are working to get it fixed. I am looking forward to it.

If you have not jumped on the Twitter bandwagon and are wondering why you would bother then I can explain a bit. It took me a year to figure out what Twitter really is supposed to be for. Basically you signup and get you twitter page. Now you can follow others and they can follow you. Find people with the same interests and then you can see the updates that they send to you and you can reply directly to them. Update what you are doing, ask questions, offer commentary. Twitter it like a big party where you are one of a bunch of people and no one owns any one conversation. 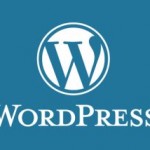